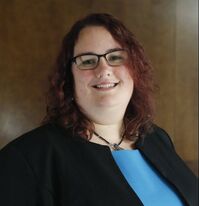 President - Amanda Van Swearingen​, PhD
Amanda is a cancer biologist and neuropharmacologist at UNC-Chapel Hill studying lung and breast cancer metastasis while also managing a lab.  She earned her Bachelor of Science in Biology from Wake Forest University in 2007 and a PhD from Duke University in 2012 in Molecular Cancer Biology. Amanda’s ultimate goal is to utilize her training in pharmacology, neuroendocrinology, drug development and regulatory affairs in the development and translation of effective therapies for unmet clinical needs.  As the President of Triangle Biotech Tuesday, she aims to foster long-term connections between scientists and life science professionals in RTP. 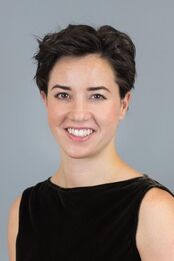 Vice President - Anne Ballou, PhD
Anne Ballou works to support sustainable and safe food animal production by improving gastrointestinal health and function in swine and poultry.  She received her B.S. and M.S. in Animal Science from the University of Kentucky, and her PhD in Functional Genomics from North Carolina State University, where she studied the relationships between gastrointestinal bacteria and host immune function.  Anne overlays nutrition, genetics, and immunology in her research to understand and promote microbiomes that contribute to host health and function.  In addition to her research efforts, Anne works to be a part of the cross-disciplinary cooperation that goes into developing and implementing effective outreach, and science and agriculture policy.

Treasurer - Jeff Blackinton, PhD
*Founding Member
Jeff received his Ph.D. in 2008 from Karolinska Institutet in Stockholm as a member of the NIH-Karolinska Institutet Graduate Partnership Program for work on the biological mechanisms of disease in genetic forms of Parkinson's disease. He currently works at BD.

Director of Catering - Nguyen Phan, PhD
Nguyen is an experienced Scientist focusing on Leadership, Project Management, Process Improvement and Business Development. He has a PhD in Genetics from Iowa State University. He prides himself in principles of Integrity, Authenticity, Being Open-minded, and Being in the Moment, which continues to guide him throughout his life. He has 10+ years of experience in life science research, and cross-applies himself in leadership, professional development, coaching, social innovations, business processes, marketing and market research spaces with the goals of providing an increase of the bottom line.

​Sponsor Coordinator - William Henry
Will is a young biologist who recently moved to the Triangle. He received his bachelors degree in biology from Earlham College where he had a variety of undergraduate research experiences ranging from entomology field research to pharmaceutical development. In addition to science, Will is interested in experiential education and has worked for outdoor education programs like Outward Bound.  As the Sponsor Coordinator, Will hopes to create opportunities for companies to gain exposure while supporting TBT’s mission of connecting scientific professionals in the Triangle area. 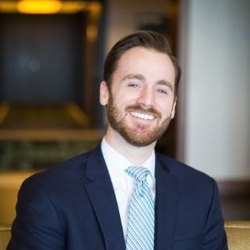 Event Coordinator - Michael Davies, PhD
Michael received his Ph.D. in 2010 at the University of Minnesota - Twin Cities.  He moved to the area for a postdoc at Duke University, and afterwards Dr. Davies became an independent financial advisor.  Using his strong scientific background and a passion for helping others, he takes an analytical approach to assess and determine what a client needs to accomplish their financial goals.  To honor those folks that helped him out along the way, he started Life Science Networking to pay it forward, help educate folks on how to put their first and best foot forward, and guide people on how to build meaningful relationships. He brings this passion for networking to his role in Triangle Biotech Tuesday. 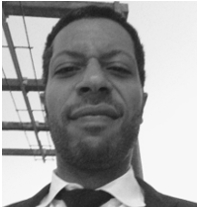 Event Coordinator - ​Azad Karimi​
Azad received a Bachelor of Science in Biochemistry from North Carolina State University. He also pursued a master’s degree in Pharmaceutical Science at North Carolina Central University, with a concentration in BioInformatics. His extensive experience in R&D, Validation, Quality Assurance, Business Development, and as a technical product expert, he decided to extend his responsibilities to TBT as Event Coordinator.